The Feast of Fasting

The Feast of Fasting 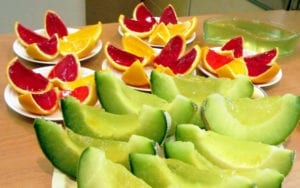 While fasting, especially as an individual, may often be correlated with eating disorders/disordered eating, self-esteem issues, and an unhealthy mistrust of the body, I do not believe these things to be to core of religious community fasting.

I was brought up in the Roman Catholic tradition and spent some years with a congregation of religious sisters. I have spent time with a Reform Jewish community and studied Jewish thought at some length. I also have a surface understanding of Muslim thought and practices since the 11th century.

I mention these relationships because they inform my thinking now, as an ordained Unitarian Universalist minister and Wiccan priestess. I do not see fasting as some of my co-religionists do, as simply “mortification of the flesh” or an “anti-body/anti-woman/anti-Earth” expression of regressive religious practice.

Certainly, fasting may be dangerous, spiritually, physically, and emotionally. It may come with all kinds of awful spiritual and philosophical baggage.

But it need not.

Fasting can be a spiritual, emotional, physical, and even political feast. What do I mean by this list?

Fasting, for those who are well-off, is a particularly important practice. Why? In the Roman Catholic and Muslim traditions, it is often associated with solidarity with the poor, with the hungry, with those who experience the physically difficulties and detriments of hunger. In the Catholic traditions I know best, our Lenten devotions—fasting, prayer, and alms-giving—were all designed (or could be) to bring us into solidarity with and a preferential option for the poor.

The fasts of Lent and Yom Kippur, for example, also allow one a physical experience to enter into, something keenly felt but not—for most of us—damaging. The sense of loss, need, and pressing emptiness, give us the opportunity to reflect on our own shortcomings, the places we need to mend, the atonement to which we are called in community and as individuals.

For everyone, in the Abrahamic traditions of fasting, there is the hope that the fast will bring one closer to God. That hunger itself is something that makes us yearn; as we yearn for food, for the breaking of the fast, so may we yearn for the felt sense of God. Whether we are fasting to fuel our prayers, fasting to reflect on our sins, or fasting in solidarity, there is always the hope for the kiss of divinity.

When I was Roman Catholic, observing the midnight-to-Eucharist fast had this yearning-to-communion effect. No food from midnight until the wafer and wine. No food from my sleep until my connection with the height of the liturgy, the center of Sacramental life, the taste of the bread of life and the cup of love. For the literal-minded Roman Catholic girl I was, the hunger led directly to the taste of God incarnate. You don’t get much more intimate than that—and the intimacy was heightened by the hunger.

The fasting, in fact, may become the culmination of the yearning—so that the fasting is both the yearning and the intimacy. I believe this experience of fasting itself as felt presence of God is not what most people experience when they begin fasting in religious community. Still, it happens, and the mystics have much more to write about it than I.

There is so much to say about intimacy and yearning. Absence makes the heart grow fonder? Perhaps. But in the case of fasting, the absence of food stands in for our yearning for something greater, deeper, more Real, in the sense that Sufi Muslims sometimes call Allah, (most compassionate, most merciful) “the Real.”

In fasting, our bodies become metaphors for our spirits, in a way that is perhaps the reverse of what we often think. Many of us—especially in UU and Pagan circles—think of spirit as metaphor, or as something even less r/Real than our bodies. But deeply meditative, contemplative, communal fasting suggests something else. We grow an intimation that our bodies have, among other beautiful capacities and functions, the ability to touch and (write it!) become Divine. Not just some otherworldly soulspirit, but this body right here, this body that is leading me by its yearning into closer communion with the Spirit of Life, the Root of Existence, the Universe and all that Sustains It.