The Dark I Am NOT About 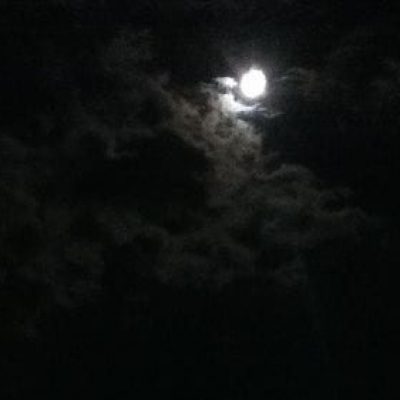 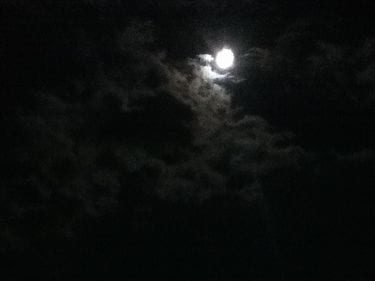 The Dark I Am NOT About

I cannot help myself, I just can’t-

This isn’t an email promoting Going into the Dark, but it is an email about the metaphors often associated with the dark that I do not use, and my beliefs about the importance of darkness in the metaphorical, spiritual, and physical lives of human beings.

Someone I know was asked about their theology of “darkness,” and this has me thinking about my theology of darkness.

Darkness has been used as a catch-all for maleficia – “black magic.” It’s been used to refer to all of Africa – the Dark Continent – as in the Busch Gardens amusement park. When we’re feeling bleak or without faith, some say we’re in a “dark night of the soul.” And let’s face it, if something feels bad, scary, oogy, unpleasant, or depressing, someone might call it “dark.”

First, I want to note that the “Dark Night of the Soul,” by John of the Cross does not refer to a loss of faith, but is rather a place along the path of self-losing, self-empty, even you might say, “self-obliterating,” that happens in the mystic life. It is about one moment along the path to union with God, not the contrary.

“The Dark Continent,” well, just save me from that one. The overt, even obvious racism inherent in that one is rough even to write about. Entire continent, an entire continent, full of millions of people, described, even named, from the perspective of Christian, white colonists who thought of themselves as “bringers of light,” even as they enslaved generations of West Africans.

And not only that, but an amusement park in Tampa Bay, Florida, was called “The Dark Continent,” with no irony, no self-reflection on the part of those involved, who I can only assume were white. The name of the park plays on the draw of the occult (meaning “hidden”), the secret, the creepy, the funhouse-scary, all wrapped up in one shockingly racist package.

And finally, and nearly most important, the concept of “black magic.” Maleficia – “evil doing” – is the correct term for harmful or malicious magic. “Black magic,” is usually used to mean “evil” or occasionally, “left-handed” magic. People ask me, “Are you a white witch?” by which they mean “Do you use magic to hurt people?” and “Should I be afraid of you?”

But at its root, using “black magic” in this way contributes to the idea that anything dark – people of dark skin (however that is being defined in a given moment), the night, the deep, the dark parts of our bodies, and Earth Herself – is to be feared as potentially evil.

If I refer to “black magick” I mean magic of the night, magic that allows us to confront and integrate our Shadow, magic that protects us with the mantle of close and holy darkness, magic that tells us we are braving the unknown, and magic that acknowledges we are not full-solar people.

What do I mean by full-solar people?

This idea was brought to my attention both by our comrade, Jack Mandeville, as well as by the Welsh poet, David Whyte. It refers to the idea that we are, or ought to be people of the “full sun,” never acknowledging the hiddenness, the gentle or nonexistent moonlight and starlight, the unknown in our own souls.

We have, like the Jewish and other calendars, an interior calendar that is metaphorically both solar and lunar. We have solar seasons. We need not be sunshine all the time. In fact, if we claim to be, we’re flat-out lying. Even the sun itself is not “sunny” all the time, and in fact, in some parts of the world, disappears for weeks at a time in the winter.

Our lunar side moves more quickly, in shorter periods, and encompasses both the light and the dark, moving steadily, changing daily, and just as necessary for understanding the passage of time as our solar side. We must not insist on, as David Whyte says, “going outside only when the moon is full,” meaning that we only allow our lighter, clearer sides to show.

And lest I stray into the territory of Going into the Dark, I’ll end here, with a prayer from Jan Richardson, as those of us in the Northern Hemisphere travel more and more deeply into the gathering darkness. I pray for you,

That in the darkness

there be a blessing.

That in the shadows

there be a welcome.

That in the night

by the Love that knows your name.

From Jan Richardson’s “A Blessing for Traveling in the Dark”

PrevPreviousWho Dares Go into Dark
NextWhat to Do When Perseverance FailsNext