The Pulse of Existence and the Dance of LIfe 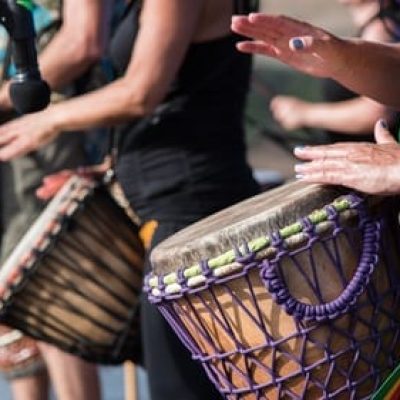 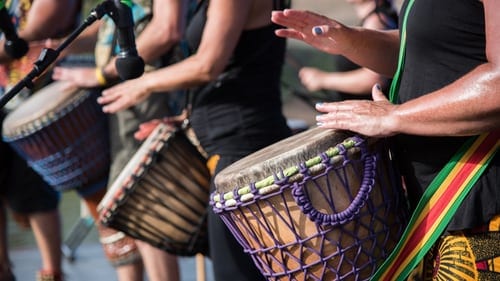 The Pulse of Existence and the Dance of LIfe

My heart is with your heart today, and there is something tender I wish to share with you…

In the Tradition of Stone Circle Wicca (USA), we often write imaginative stories, guided meditations for grounding and centering, or imagery to help a group create the “artichoke” of the ritual. (Previously called the “meat” of the ritual, but we had vegetarians among us, so it came to be called “the artichoke,” or the “working” of the ceremony.)

What follows is one is idea of how metaphor may be used to describe the beginning of the Universe’s Household, Earth and all She Is and Holds. This particular story is one I wrote last week.

The Dance of Life, the Drum of Existence

No time, no space, but over all of what would be space and time, but there was no space, no time. Void.

In the beginning, there was infinitesimal no-thing-ness. So small the mind cannot comprehend it. A smallness so small our minds cannot compress to understand the multitude of universes our minds would be around it..

Vast Silence that was the tiny, compressed No-thing-ness and the unknowable expanse of Void. The Silence was all there was, though there was no being, so even the Great Silence was not.

And then, one pulse, one explosive, ringing sound like the sound of a great, dark bell, as a great, dark bell hammered with a great wooden hammer rang into the Silence. One atom. One eternal, atomic Mystery began. Being began to be.

Soon the one toll, the one ringing of the Great Bell became a pulse, a call. A call from beyond our knowing or our names, beyond our apprehension. And in response to that first Sound, the Cosmic Drum began to play. A cacophony of Being exploded into darkness with the beat of the Drum, for with Being came Dark and Light, the first separation of No-Thing, along with Time, Space, and eventually the Dance. But before the Dance was the Drum and before the Drum was the Pulse. The Pulse of the Bell that expanded into what became the universe, and the Pulse that called the Drum into being.

As the Dance and the Drum began, so did particles and waves and stars begin to pulse and shine and dance a dance of attraction and Love. Love that is not the simple complexity of human love. Love that is the begetting of All Things. Love that emerged in the All-one, the Manyness-in-One who is All Genders, the great One who spun into the Dance and brought forth Being and Being and Being, all spilling forth like seeds on strings from the All-one, electric, fiery giving flying out into the Space-that-was.

Urge and urge and urge begat all Existence in the Ear of the Great One behind and beyond all Ones. The One beyond shape, or gender, or beingness. The One who both is and is not. Who saw Void and longed for Being. The One whose longing called out the Pulse, the ringing out of the Drum that brought the Dance into being.

And the Dance continued and grew faster and faster, until the Great Beat of the One became a heartbeat of existence, and the Dance of Being spun out the galaxies and the black holes and solar systems and planets and all the Being that is known and unknown.

Life and division and union, attraction and repulsion, and the joining of the smaller drums of heartbeats and polyrhythms into the dance. And the Dance was joined by all the beings, all the ways life is, in its complexities that reflect the One Who is Many, Male, Female, All Genders, and that which is Beyond Gender, which needs no Gender to yet have longing, yearning, wanting, desire.

And in a moment, a moment that would seem immeasurably long to the beings who came but was not even long enough to be a beat in the Great Dance upheld by the Drum, perceived by the Great Witnesses of Creation–in that moment, all the beasts in the great seas were made, the rivers carved, the continents divided, and the polyrhythm of the Drums continued. Always and always with the Pulse, that which is the Heartbeat of Existence, of Life.

The Pulse, repeating and repeating, always found on the One, the first beat of the first Drum call, the first call to the Great Community of Existence. The Pulse of Life.

What is a creation story that is meaningful to you? What activities, what images, what movements, what webs or looms, or seeds or saplings…what brings you closer to your place in the Dance?

We are blessed, and may we all be blessings –