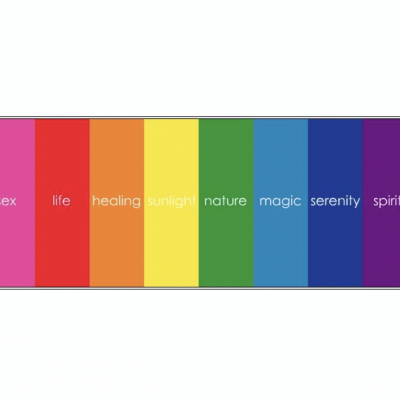 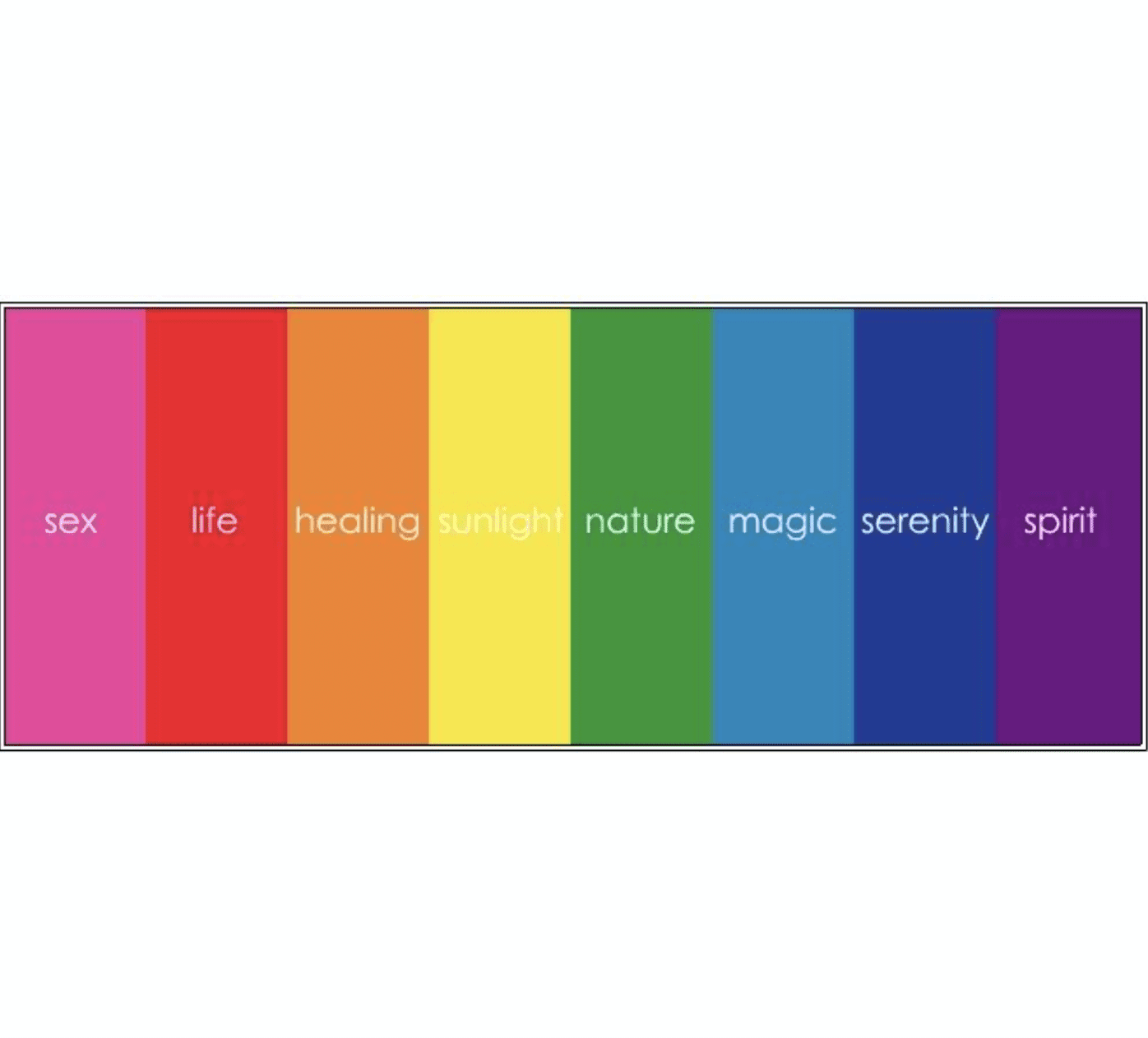 What follows is a version of the piece I did in 2019, slightly updated. It was such fun to write, and it got such good conversation started, that I thought I’d bring up the topics again:

Happy LGBTQ* Pride month! I should say, happy LGBTQQIPA Pride! That’s Lesbian, Gay, Bisexual, Transgender, Questioning, Queer, Intersex, Pansexual, Asexual Pride! Happy month for us! For all of us, especially those of us whose queer identities may not be apparent, those of us whose identities are around the edges, just out of sight, happy, happy, happy month. May we remember the ostentatious, flamboyant, unassimilated ones who’ve helped to create a world in which we can come to understand our own complex, sometimes hidden stories. While this piece is largely about dancing in the streets, literally and figuratively, it is also very much for those of us who don’t or can’t.

I’m a Gen-Xer priestess and minister who came out when I was 17, during the AIDS Crisis. Please consider my words in light of that part of my identity.

The movement once described as “Gay Liberation,” has grown to include people who use words like non-binary/Enby; demisexual; gender nonconforming; cisgender; and aromantic. To some of us, all this new language can feel overflowing, overwhelming, even frustrating and flooding.

There has always been queerness.

For example, in ancient Greece, the priestxes of Cybele were ecstatic drag singers and dancers, the Galli. The Galli are, in many ways, the forebears of some of queer culture’s most daring, reviled, marginalized, and magical, sacred, people—transwomen and drag queens. These holy forebears, the Galli, danced through the streets generally making a ruckus, with painted faces and flowing gowns, jingling their sacred tambourines.

The Galli are the ones whose magical, sexy worship we invoke in Pride parades.

Pride parades are an opportunity for contemporary queer people to dance in the streets as our worship. To walk, roll, dance, chant, and watch as ecstatic celebration. As rejection of the toxic prison of the closet—a place so many of our queer kin still live.

While the parades are not for all of us—some of us prefer other kinds of events, or don’t really celebrate this month at all, and that is our prerogative—the Pride parade is still one of the quintessential expressions in the constellation of queerness.

Pride parades are chances to pull out all the stops and make room to be just as countercultural as some of us are, just as flamboyant, just as glittered, just as sexy, just as threatening to heteronormative hegemony as we are.

Queer people have been recognized for millennia as magical beings. Cultures with three to seven genders acknowledge that gender expression is complex, mysterious, and even touched by the Divine. We have been acknowledged as travelers between the upperworld and underworld. For example, in the Sumerian myth of Inanna, Queen of Heaven, it is two “genderless beings” who bring her the Water of Life and the Food of Life to save her after her invasion of the Underworld realm of Her sister-self, Ereshkigal.

And in 1978, queer, world-traveling magic would find a new expression: Gilbert Baker designed the first rainbow flag. Baker included eight stripes, each one a different color. He assigned a meaning to each stripe, an expression or aspiration for the “gay” community. Bright pink for sex, red for life, orange for healing, yellow for sunlight, green for nature, turquoise for magic, dark blue for serenity, and violet for spirit.

The flags were an overnight sensation, and eventually groups like the 32 volunteers who dyed and sewed the first flag couldn’t keep up with demand.

Mass production that of course changed something that had been the work of a few, dedicated, invested human hands.

The first big change was that large lots of hot pink fabric were unavailable; the stripe signifying sex was lost.

The second change, made to accommodate hanging the flags in municipal areas, was to eliminate the turquoise; the stripe signifying magic was lost.

So now we have the six-colored flag we see all the time. And six qualities, no longer including sex or magic.

What I mean to get at, though, is that the loss of sex and magic—sexmagick—may have been the work of mass production, may seem benign, may look like happenstance…but as a priestess, I look at the symbol of those losses and know that losing the celebration of sexmagick as essential to queer identity contributes to marginalizing our own kin and impoverishing our own liberation.

I think of the dozens of transwomen murdered in the US each year, mostly women of color, often sex workers, usually killed by someone they know. These vulnerable women are shapeshifting, magical, sexual people whose talismans have been lost in the rainbow flag. The fuchsia stripe celebrating sex and the turquoise stripe recognizing magick told a story of queer power that Pride celebrations have been losing for years.

People fuss over whether the Dykes on Bikes (often the leaders of Pride parades) are too threatening, too dangerous, too obviously sexual to be the heralds of the parade. Queer leatherpeople are looked at askance, and their more assimilated queer kin ask each other, “Why do they have to be so out there?” A drag queen of my acquaintance was discouraged from wearing anything so revealing.

Pride parades are our time to reveal that queerness can indeed be a threat to so-called “traditional family values,” by showing that it is the freaks among us who are family to one another. However we engage our sexuality, from asexual to polyamorous pansexual, how we are sexual is part of Pride, and part of queer family.

It is no coincidence that “family” has been a word used by queer people to identify one another. We have been family to one another when no one else has.

Don’t get me wrong. I’m a nice, white married lady with two cats. I live in the suburbs with my wife, who looks like the Girl Next Door. Two kids would make us the ultimate lesbian-appearing family. (PS – kids love Pride parades. What’s not to love about a bunch of grown-ups in costumes?!)

But my household and my families by birth and marriage are not my only family. I’m family to the boi walking on a leash in the parade with their Dom. I’m family to my asexual kin whose relationship with sexuality may be utterly different from that boi and his leash. I’m family to my kin who have visible and invisible disabilities that keep us from parades but who are nonetheless part of my Pride.

All part of my sex magickal family.

And it is that sex magick, the stripes taken from our original rainbow flag, that terrify those who would eradicate us from Earth’s face.

No matter how much or how many of us assimilate to a straight-looking image, there are still people disgusted by what they imagine we do sexually behind closed doors and therefore (?!) disgusted by our very existence. For example, just this week, an Alabama mayor wrote openly on social media about killing queer people. And queer women have been called out for being witches for-fucking-ever.

Pride is our time to be magically sexy and to reclaim what was lost from that first eight-striped flag.

Remember that during the Stonewall Riots, the 50th anniversary of which we commemorate this year, it was people like Silvia Rivera and Marsha P. Johnson, two transwomen of color, who legend says took off their high heels and threw them at the police who raided the Stonewall Inn. This cisgender white woman owes my liberty and perhaps my life to trans women of color.

Blessed be your Pride month, my dears. Blessed be.