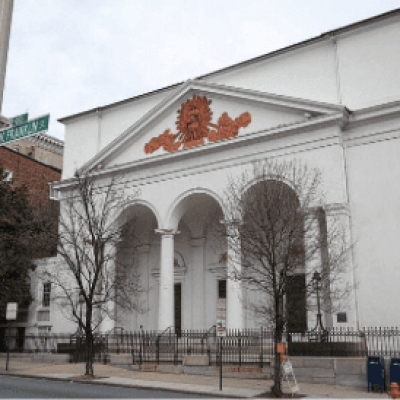 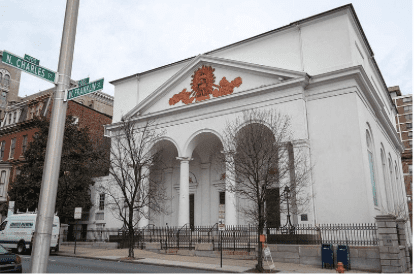 I’m writing this column as a guest of my dear friend Catharine, who is currently having a well-managed health crisis. However well-managed such things are, they can be a surprise, and this one was, so the community of The Way of the River is coming around to help. One of the ways I can help, as a congregational minister, is to write contemplative words. So I have the pleasure of offering the following piece. The prompt I received for this piece was to ‘write about being laid low.’ And Catharine knew this would be a piece I know something about…

This is fertile soil for me. While I live in the world as a straight, white, cis-gender man, happily married, employed, with a picket fence, a toddler, and a black lab in Lincoln Nebraska (how my younger self might have shuddered at that description), the most important moments of my life have not been successes caught up in privilege. Rather, they have been the moment when, despite every expectation to the contrary, I was laid low by life. Times that had me quoting from Star Trek “Commander [Data] “It is possible to commit no mistakes and still lose. That is not a weakness, that is life.”

I applied to seminary from a hospital bed in Baltimore. Three years earlier as an idealistic college graduate, I joined the Peace Corps, thinking that I would do some good in the world and decide whether to be a minister or not. I served in Southern Africa at the height of the HIV/AIDS pandemic, in a not-fully developed position, in an isolated part of the country. In the last months of my service, a friend of mine was shot and killed in an attempted mugging. I arrived in Baltimore laid low by life- heartbroken at what I felt as the loss of idealism, and angrier than I had ever been. Seminary was out of the question. “If God’s up there he’s in a cold dark room” as the songwriter Josh Ritter put it “…bent down and made the world in seven days/And ever since he’s been a’walking away.” I was also, though I did not know it at the time, very sick.

Seven months after I closed my Peace Corps service, I was diagnosed with Nodular Lymphocyte Predominant Hodgkin’s Lymphoma. I spent half a year in chemo, and much longer than that recovering. For as many times as I have told this story, I don’t know that I have ever been able to capture the feeling of the thing- the terror, but also profound weariness. I had passed my breaking point a year earlier, and it just felt like more was stacked on every day.

Around the same time, I had started attending the Unitarian Universalist church in downtown Baltimore. And on a Sunday in the midst of all of this, I found myself weeping almost uncontrollably on the portico in front of the church. We had just sang a hymn, and while there are problematic images in it, Carolyn McDade’s recasting of words from Amos and Isaiah rocked me to my core:

This was it. This was a message that I could hear, and it broke me open. I don’t remember anything about the service it was part of. I don’t remember the sermon, or who I sat with. I just remember holding on to the iron fence on Franklin St, holding on for dear life. What would it mean to work to build something, not it the expectation of perfection or even success, but to build the promised land that can be? Right here, with who we are, and the cards we are dealt. What if the meaning that we find in the world is the meaning we make? What would that feel like? I applied to seminary that fall and have been trying to answer those questions since.

Here’s the thing: I have told that story so many times that it’s become rote. In person, I can hit the same cadence every time. It’s the story that I told in my formation process, and the story that I have told in countless sermons. And for all that telling, it is an experience that cannot be captured in words.

Each of us has a story like this- or will in time. To be human is to be brought low by life. For the last four years I have served as the minister of the Unitarian Church of Lincoln, and it is a rare week without at least one person weeping in my office. In those moments there are few words that I can offer to explain, the experience of breaking down is both universal and deeply personal. But what I can do, what we all can do, is be present with each other saying simply “I see your sorrow and pain. I witness it, and am right here with you.”

At our best, simply being present to each other is at least 87% of what we do in religious communities. We are with each other, practicing being human when we get it right and when we get it wrong, even if we have committed no mistakes. That’s what I found in Baltimore, work hard to help build in Lincoln, and see every time I open up Reflections or Beloved Selfies from the Way of the River.

At the seminary where I met Catharine, I heard this story: usually we tell the story of Job as that of a man laid low by life, whose friends come and try to explain why this has all befallen him. This is true, but it leaves out the first part of the story: before they try to explain anything, Job’s friends sit with him for three days, simply being present. How might the story have gone if they had simply listened?